I came across Saxe whilst investigating 'Flatland' (see earlier blog) on Wikipedia, through a series of rather tedious links. John Godfrey Saxe was a Victorian poet whose use of language amused me enough to Google him and read more of his stuff, but I realised he was an utter legend when, upon reading his rather lovely anthology online, I happened upon his poem 'Early Rising':


Yes; bless the man who first invented sleep
(I really can't avoid the iteration);
But blast the man, with curses loud and deep,
Whate'er the rascal's name, or age, or station,
Who first invented, and went round advising,
That artificial cut-off,--Early Rising!

Suffice to say he's become one of my favourite people ever.
NB: full poem and others available here.
Posted by redspectacles at 10:41 pm No comments:

Strawberry Switchblade were a short-lived girl band from Glasgow in the '80s. My dad absolutely loves this song and I recently re-discovered it. It's pretty girly but also really lovely.
Have a listen. 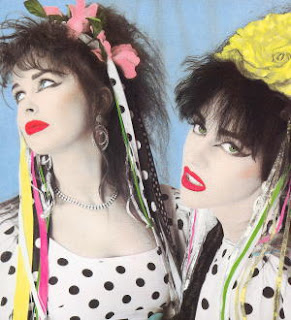 Posted by redspectacles at 8:06 am No comments:

Apparently, if you whisk Marmite, after a while it goes white, and resembles something like the froth on a cappuccino (found this out here).
Apparently this is because whisking increases surface area, and Marmite's surface is shiny - so more surface means more shine and more shine makes it look white.
Cool.

Posted by redspectacles at 7:18 am No comments:

"The Devil wears Prada but the people wear Plimsoles, £5"

Shop on Brick Lane.
Posted by redspectacles at 6:28 pm No comments:

Think I came across these whilst reading someone else's blog last week. Sort of like Gang Gang Dance and MGMT's weird little brother, but not really.
Their latest album 'Beast Rest Forth Mouth' (released this year) is absolutely incredible and hasn't been off my speakers for about six days now.
Free downloads of a couple of songs available here, though you might need a last.fm account to get 'em. These tracks are great, but by no means the best on the album: I recommend 'Ultimate Satisfaction' and 'Dust Cloud'.
Also, although this is in no way important, the artwork is effing great. 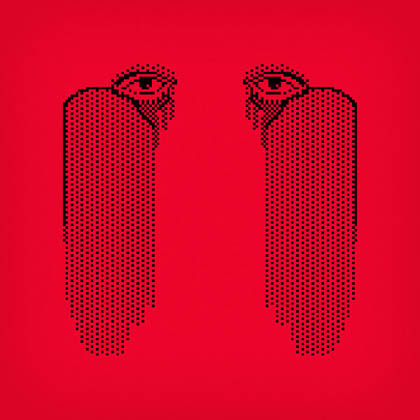 Posted by redspectacles at 5:06 pm No comments: 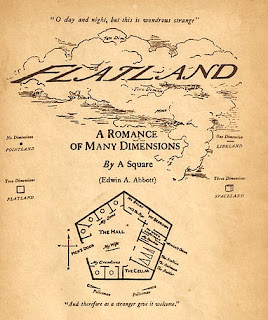 I recently was lent this, and, although I was apprehensive at first (it's a favourite amongst math students apparently), now I've read it I can't stop telling people about it.
It's the story of A.Square, who lives in the 2D world of Flatland. The first part of the book consists of him describing life in Flatland, how the triangles are the lowest in the social order (aside from women, who are but straight lines and therefore highly unintelligent), how they recognise each other, how they school their children etc. The rest of the story takes place in three other worlds: one dimensional 'Lineland', three dimensional 'Spaceland' and zero dimensional 'Pointland'.
Aside from being a critique on Victorian society (this was written in the late 1800's), it is also an exploration of mathematics and physics, questioning what a fourth dimension would be as well as going into great depths about angles and geometry.
HOWEVER, if that's not really your cup of tea (as it isn't mine), fear not, as aside from being deep and meaningful it is also written really really well, and in parts it is very funny. In short, this was one of the most refreshing and amazing short stories I've ever read: get on it.
Posted by redspectacles at 3:50 am No comments: 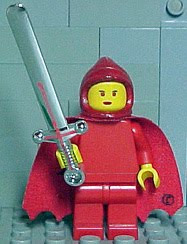 Posted by redspectacles at 3:13 am No comments: