"well you never got up this morning cos you never went to bed, you've been watching the whites of your eyes turn red" - excellent 80's post-punk.

Posted by redspectacles at 12:55 am No comments:

I'm sure that everyone who cares is already well aware that Godspeed You! Black Emperor have ended their lengthy hiatus and are curating All Tomorrow's Parties' december festival, Nightmare Before Christmas. I'm also sure that some people who are aware of this couldn't give two hoots. Indeed, when I initially found out, I was a little surprised but mostly indifferent.
In my teens I completely fell in love with post-rock, but after a Mogwai gig which was, to say the least, Absolutely Fucking Rubbish, my feelings for the genre faded and now all I have to show for it is a few dusty records and a tiny tattoo. But Godspeed are different to other bands. 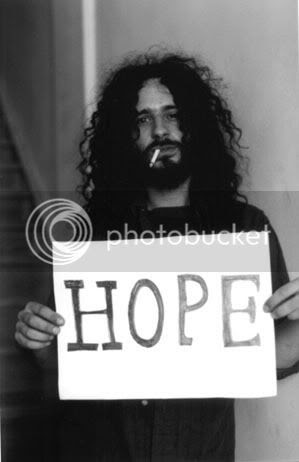 Upon a recent listen, I remember what I said to a friend when I first heard Lift Your Skinny Fists: it was along the lines of "I can't imagine listening to anything else ever again". Their songs are long and sweeping and beautiful: it is like they know some secret about humanity, but they can't tell us, so give us gut wrenching swathes of music to contend with instead, to fathom it out for ourselves. This, combined with a sense of mystery fostered through a rejection of mainstream culture, means that, to some at least, Godspeed are deities.
And this is why their return is so very, very good.
Posted by redspectacles at 12:51 pm 2 comments:

Found this photo from when I was in Ecuador at a museum (or rather pretend traditional 'settlement' on the Equator). Can't remember how many stages there are to preparing a shrunken head, but the first 6 were definitely the most visually arresting.
Click on the photo to see the whole thing. 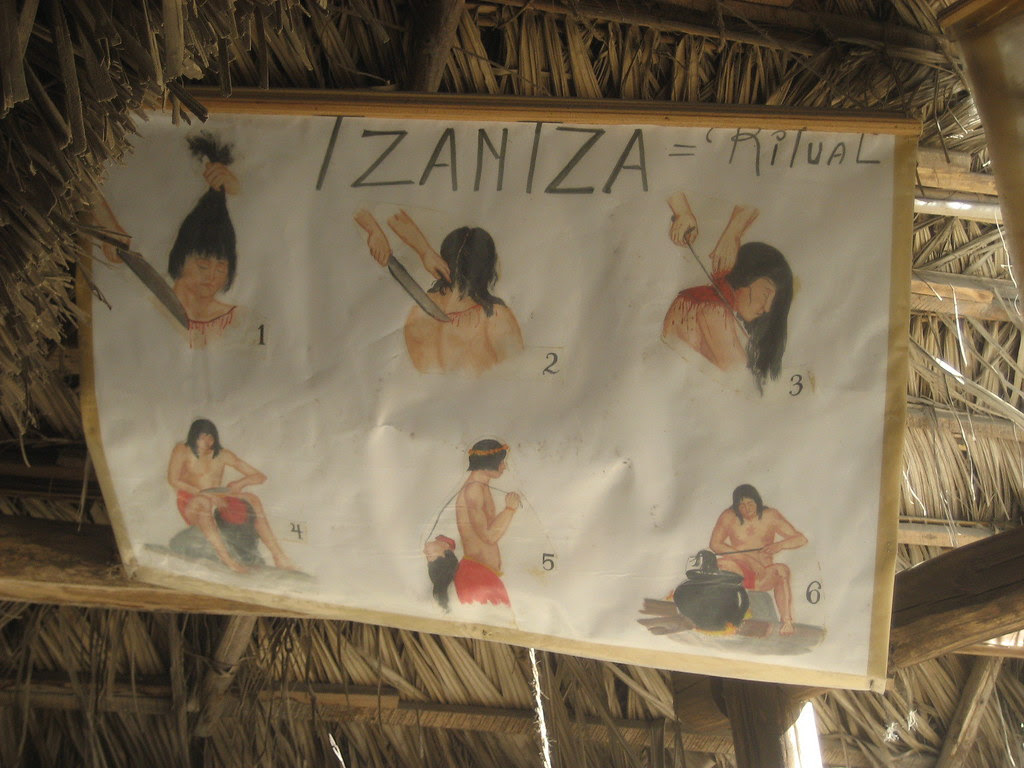 I did my A-level art project on "communication", and, although I never completed it (I tried to do it on my year out, but getting drunk and going travelling became far more important), I did do a painting or two inspired by some art that I found on the internet. These aren't mine but I think they're awesome.
Kim Sobat's 'A Perfect Murder': 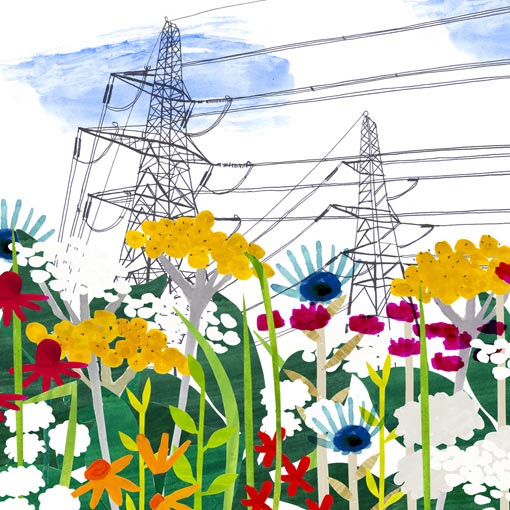 Anyway. I dig telegraph pole art. It's also a massive shame that I've completely forgotten who the first artist was that I saw her paintings and was like "woah", but if I ever dig out my old art project I'll let you know.

Posted by redspectacles at 12:26 pm No comments:

There's a twinkly sound on Sigur Ros' 'Ba Ba Ti Ki Di Do'  that I have often wished there was more of, mainly because it sort of sounds like fairies having a hoe-down up in the trees. Well, folklore analogies aside, Pantha du Prince's 'Lay in a Shimmer' captures a similar sound - parties at dusk, ripped denim shorts, lots of laughter and spilt beer. Mega chilled, mega happy and mega summery. 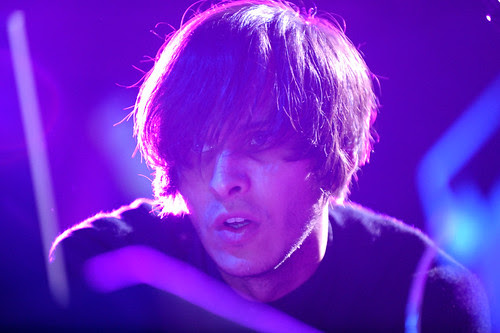